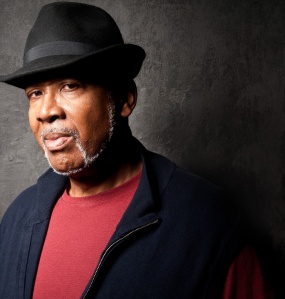 Count Laws grew up listening to great recording artists from the 60’s through the 80’s and his vocal style is very much influenced by those soul/R&B artists. He realized a love for modern Praise and Worship music during the 80’s which also influenced a spiritual awakening during that time of his life.

In 2003, Count began writing songs for his praise team and expanded into recording shortly thereafter. He also sang in church choirs for years before and also served as a Deacon and Elder in churches.

Things would change in 2013 as Count began to consider retirement. A U.S. Army veteran, Count worked for the federal government until 2014 when he retired after a long and successful career. He began to search for a way to take his love for music and his heart for ministry to a new level.

He found a unique service for Christian artists and songwriters online called Creative Soul. After fortuitous “Christian Artist Workshop” at Word Entertainment on famed Music Row in Nashville, TN, Count began working with Creative Soul Records and producer Eric Copeland on his new release, which would later be titled “Faithful”.

“I’m very pleased with the new album. It represents the culmination of my musical efforts to this point. The production values are excellent and the musicianship is of course the best that Nashville has to offer,” Count says.

His songwriting comes not from the heart, but from the Spirit. “I write the music I hear and that God gives me. One song in particular, “Prophet’s Cry”, was downloaded as I was reading the Bible one evening.”

Previous albums include his first release, “Just to Give You Praise”, as well a CD consisting of spirituals and hymns from the Civil War period.

Count hopes his music and ministry can speak to people of all creeds and colors. “This collection of songs has potential to be successful in many venues but I just hope people are blessed and feel closer to God through the music. It is not so much the voice or the music but the spirit with which it is presented that matters most. Just do your best, and let God handle the rest.”